Ministers from many countries were making it clear to delegates that they welcomed investors. Many were in the process of updating their existing laws or introducing new ones to respond to the expected investment flows. A second aspect that strikes the outside observer is the nature of conflict in the mining sector. The Marikana tragedy and subsequent strikes have highlighted the extreme dissatisfaction by many workers about job cuts and pay in the platinum, gold and coal industries.

This is unlikely to go away soon as a source of conflict. Nor is this a uniquely South African problem. There have been conflicts in other parts of Africa. Tanzania is one example of this. There are a myriad of reasons for these conflicts, which are quite different in character from the kind of military conflicts we have seen in the past. If the costs of mining are local, there will be resentment when the benefits appear to accrue to and remain at the centre.

Perceptions are usually local in countries where the nation state is a fairly recent fact. A speaker from the International Finance Corporation IFC was candid in telling delegates he expects these conflicts to increase in the near term. It is a small step from this to the third topic — how to manage expectations? But this is hardly original, and their governments would surely agree.

At the same time, if the same people want the capital and expertise from foreign investors, they need to understand what investors expect and how arrangements are typically designed to keep both parties happy, preferably over the long term. The authors of the African Mining Vision have done a lot to try to raise awareness of these issues among Africans, emphasising the importance of education to ensure that the right expertise is present in Africa to reduce dependence on outside sources.

It was a pleasure to see at the indaba how much credibility this project has built up in a very short time. They are in the forefront of thinkers who believe that specialist education should be based as much as possible in African institutions rather than abroad. Partnerships between existing education providers and such institutions can speed up the transition to this desirable goal. Many NGOs participated in the resulting debates. The demonstrators arrived just after South African Minister of Mines Susan Shabangu had given her opening speech to a packed hall of thousands of delegates.

Her speech is uploaded to the website so you can read it word for word. Afterwards, the Minister and her senior colleagues held a press conference across the road in the Westin Hotel. I was privileged to be there and hear how she fielded some tricky questions. Faced with a critical question about the achievements of this Process, which continues to attract international criticism, the Minister robustly defended it, claiming that it had brought about peace in Africa; that it had helped to bring about stability in several countries and contributed to ensuring that Charles Taylor the former President of Liberia had been brought before the International Court in The Hague.

On the deaths at Marikana last year, a journalist put a question to the Minister that speculated about a possible repetition if unrest breaks out again in South African mines. She invited the general secretary of the National Union of Mineworkers to comment, which he did an indication that unions were in fact present at the indaba; indeed, the delegation was staying at the same hotel as me. The hot topic at the press conference was the draft amendment Bill, aiming at changing South African mining legislation itself [see above], and the Minister received a number of questions on this.

The intentions of the Bill are to remove ambiguities in the existing law, to streamline administrative processes, and to improve the regulatory regime. Critics argue it does the opposite.

It sets up an export licensing system probably aimed at iron ore and coal, although it is not clear from the draft which minerals it is targeted at. It requires ministerial consent prior to the transfer of any interest in a listed company which holds a prospecting or mining right.

On the hydrocarbons side, the Bill abolishes the state regulatory agency for petroleum, and transfers its powers to nine regional managers in the Ministry itself. It also gives a free carried interest to the state in all new exploration and production licences. The latter is perhaps unsurprising given the current level of interest on the African East Coast, but the institutional change is a bit surprising. Indonesia has recently done something similar, but no-one seems to think it is an improvement on an independent regulatory body. The export restrictions are interesting.

Yet, with respect to strategic resources such as minerals, there are quite a few governments and not just in Africa that would prefer to see them used at home. The arguments are clearly political and not economic — or at least that is how it appears to a non-economist. There were many grumbles from investors in the corridors at the indaba about the investment climate in South Africa. The economic facts certainly support their concern. The dilemma that the Government faces seems to be one of taking measures that ease the many social tensions around the mining sector in the country without causing too much damage to the investment climate: some damage seems to be a price they are prepared to pay.

To be fair to them, it is an incredibly difficult balancing act they have to perform.


Everywhere one hears of the Chinese in Africa. At the indaba there was a grand reception held by the Ministry of Land and Resources in China, with a number of Chinese mining companies present. They gave me a lapel badge which I wore during the reception. Since , Chinese investment in African mining has gone from nowhere to having a high degree of visibility, challenging the traditional hegemony of the Western mining companies in Africa in the process.

In return for investment in infrastructure the investor acquires rights to explore, extract and dispose of the resource in very simple terms. For Africa this is attractive since it has an infrastructure deficit in most parts of the continent. Many countries simply cannot develop their potential because of the infrastructure constraints. Mining projects require enormous amounts of infrastructure and have the potential to act as a catalyst for wider economic development.

So, now, non-Chinese investors are taking time to review this approach. Happily, he was able to relate this to both Francophone and English-speaking parts of Africa. One thing that the Alternative Indaba protesters have not understood is the extent to which the indaba now attracts independent minds and critical thinkers. For an academic like myself it is becoming the real value of participating. Whether these are academics, consultants, representatives from NGOs, international institutions, or journalists, these independent and critical thinkers appear to be growing in number and do much to make the event a stimulating one.

Duncan is always keen to challenge simplistic but widely prevalent usually Western views of Africa. His views were much more nuanced and highlighted the many challenges faced by the country since its civil war in the not too distant past.

Elsewhere, our Global Faculty members Magnus Erickson and David Humphreys were giving talks that sketched out overviews of the mining sector. They were panoramic and highly informative, as well as being independent and critical. 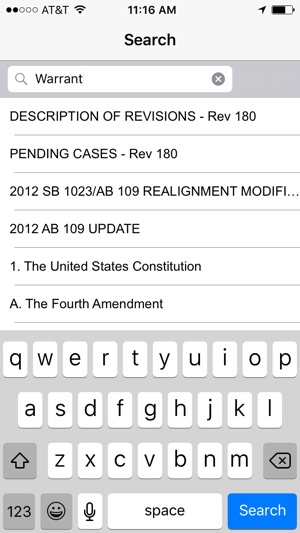 David was a former chief economist at Rio Tinto and then at Norilsk Nickel. He introduced me to the Minister, the Hon. It has blossomed recently and now has almost 50 member countries. Why was I there? I gave a talk on public-private partnerships in mining education at the invitation of another EI Source Book partner organization The World Bank , which held a two day session before the formal opening of the indaba. The idea of this which will lead to a report in the coming weeks is that education to develop skills in African mining can be increasingly based in African institutions, rather than abroad, and facilitated by funding from the private sector.

The topic is rooted in the African Mining Vision and aroused a lot of interest among participants in the well attended event.

This is an ongoing study which will I hope feed into the debate on specialist education in Africa, please see below. As you can see from my own thoughts above, I do not think the indaba is a victim of its own success. Probably more could be done to involve parties who were not present or at least not very visible. I am delighted I went there, and hope I can return. For the full story on this local content story please see the Lubepoint Wordpress blog entry on this subject. The government thus fulfilled a commitment of the mining code adopted in The online materials include a searchable summary of contract terms, allowing non-expert readers to find key sections and understand the obligations for companies and the government.

The government has said it will add online any amended contracts and all future contracts.

This has strong potential benefits for improving governance of the sector. Revenue Watch , in conjunction with the World Bank Institute and Columbia University, contributed to development of the online material, in response to a government request. Guinea is rich in bauxite, iron ore and other minerals, and better regulation and governance of the mining sector are keys to accelerating economic development.

According to the government, the contract review is examining all existing agreements, many of which were signed under non-transparent conditions and do not provide the country with economic benefits commensurate to the value of the resources. The Revenue Watch Institute , an EI Source Book partner organisation , is a non-partisan, non-profit policy institute and grant making organization that promotes the effective, transparent and accountable management of oil, gas and mineral resources for the public good. Email: rruby revenuewatch. This is the highest civil service post in the Ministry, which recently shifted its focus from mining and energy to exclusively focus on mining issues.

He is also Chairman of the InterGovernmental Forum IGF , a body committed to enhancing the contribution of mining to sustainable development and poverty reduction, which has 48 country members. Well done Leonard!